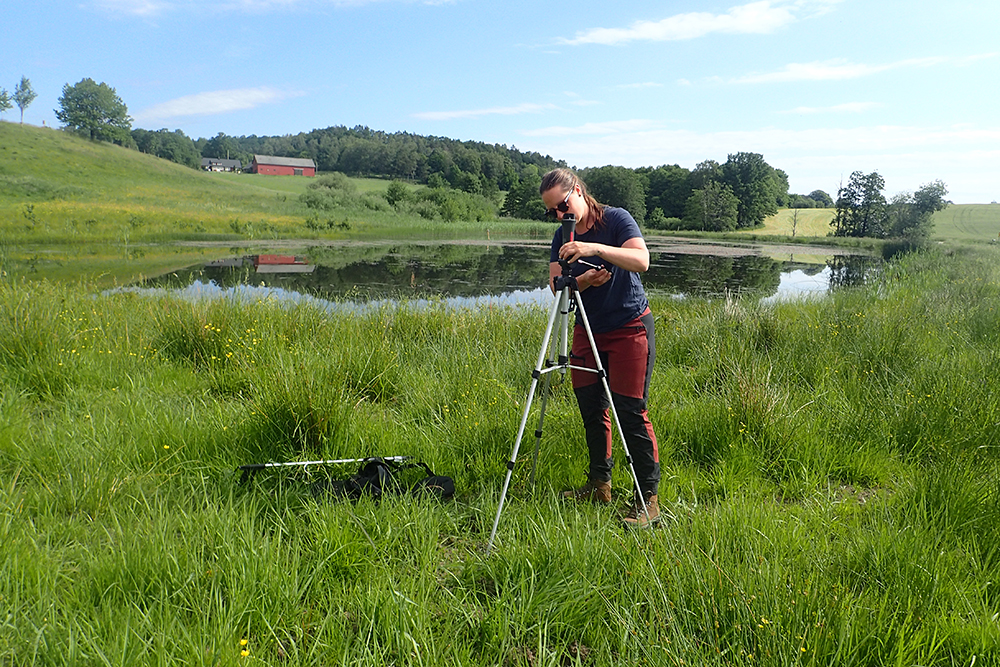 We will focus on wetlands that are located in intensified agricultural environments as in particular here the upgrade of wetlands with bee-habitats would make an important difference for the maintenance or even increase of wild bee populations. We will monitor wild bee abundance and diversity in a variety of different habitats in the area of wetlands that are potentially suitable for foraging and/or nesting of wild bees (e.g. flowering resources: trees, flower areas, hedges; nesting resources: old trees, deadwood, stonewalls/piles, open soil areas) and at different times of the year, to cover a huge range of foraging and nesting resources used by a variety of wild bee species. Times of monitoring will be key points at which resource availability (food, nest, water) is of particular importance for bees. The first monitoring will be conducted in early spring when flowering resources are important for early bumble bee and solitary bee species. The next monitoring will be conducted during and after the flowering of oilseed rape. In particular mass-flowering crops such as oilseed rape can boost bumble bee colonies during flowering but additional resources after the flowering are important for these colonies to be able to produce queens . The last monitoring will be conducted during the hottest time during summer, when the availability of water is important for bees directly and also their flowering resources to produce nectar and pollen.

We aim to select 20 wetlands for the monitoring to be able to monitor cover most suitable habitats but also to cover a variety of different surrounding agricultural environments. The distance between the wetlands will at least be 800 m to avoid the exchange of bee population in between. The surrounding environment of each wetland will be monitored in a distance of 250 m as this covers the flying distance of most solitary bees and many bumble bees. Although some bumble bee species can fly larger distances, close resources are generally preferred.

During sampling and surveys of bees a weather station is used to collect weather data (se photo).