The wetlands are selected as to fall into either of the categories: Grazing, Haymaking, Water Level Management, or Control. This is the basis for the project, to determine how management regimes, and the interaction between these, affects arthropod diversity. These are simply categorized from having grazing or haymaking taking place during the time of collection, or having the possibility to set the water level manually.

In the southern wetlands, we are collecting in situ water level data every hour at each location, and in the adjacent water course, combined with the bathymetry, in order to determine the buffering capacity of the wetlands and its water fluctuation. And since most of these wetlands also have manual water regulation, we can simulate both droughts and floods.

We are also collecting data on productivity in the wetlands by studying nutrient content: measuring carbon, nitrogen and phosphorus in the water, along with greenhouse gasses.

Arthropod collections are being conducted during three periods during the collection season. The collections are done using Malaise trapping, pitfall trapping (see photo) and suction collecting (see photo), and these three disparate techniques provide ample variation in order to obtain sets of samples diverse enough to get a representative understanding of the arthropod diversity of the wetland. We will mainly focus on the diversity of a subset of predatory arthropods (Arachnida, Carabidae, Staphylinidae, Formicidae, Empididae, Dolichopodidae), as well as their potential prey. This will provide data on both predator and prey abundances and diversity, and also a general community structure.

In the Uppland county wetlands we also collect spiders for dietary analysis to determine the use of aquatic resources in terrestrial wetland predators. 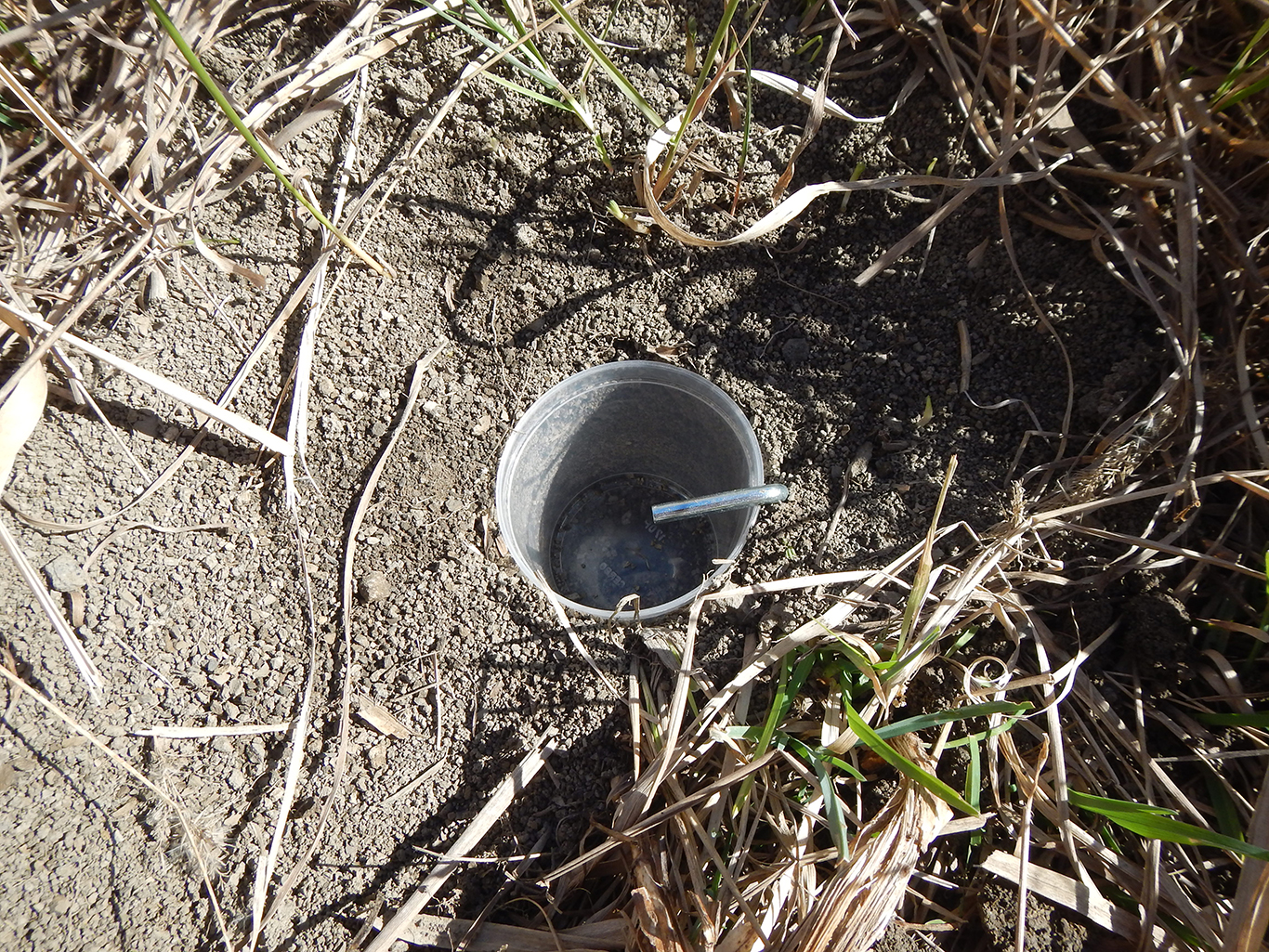 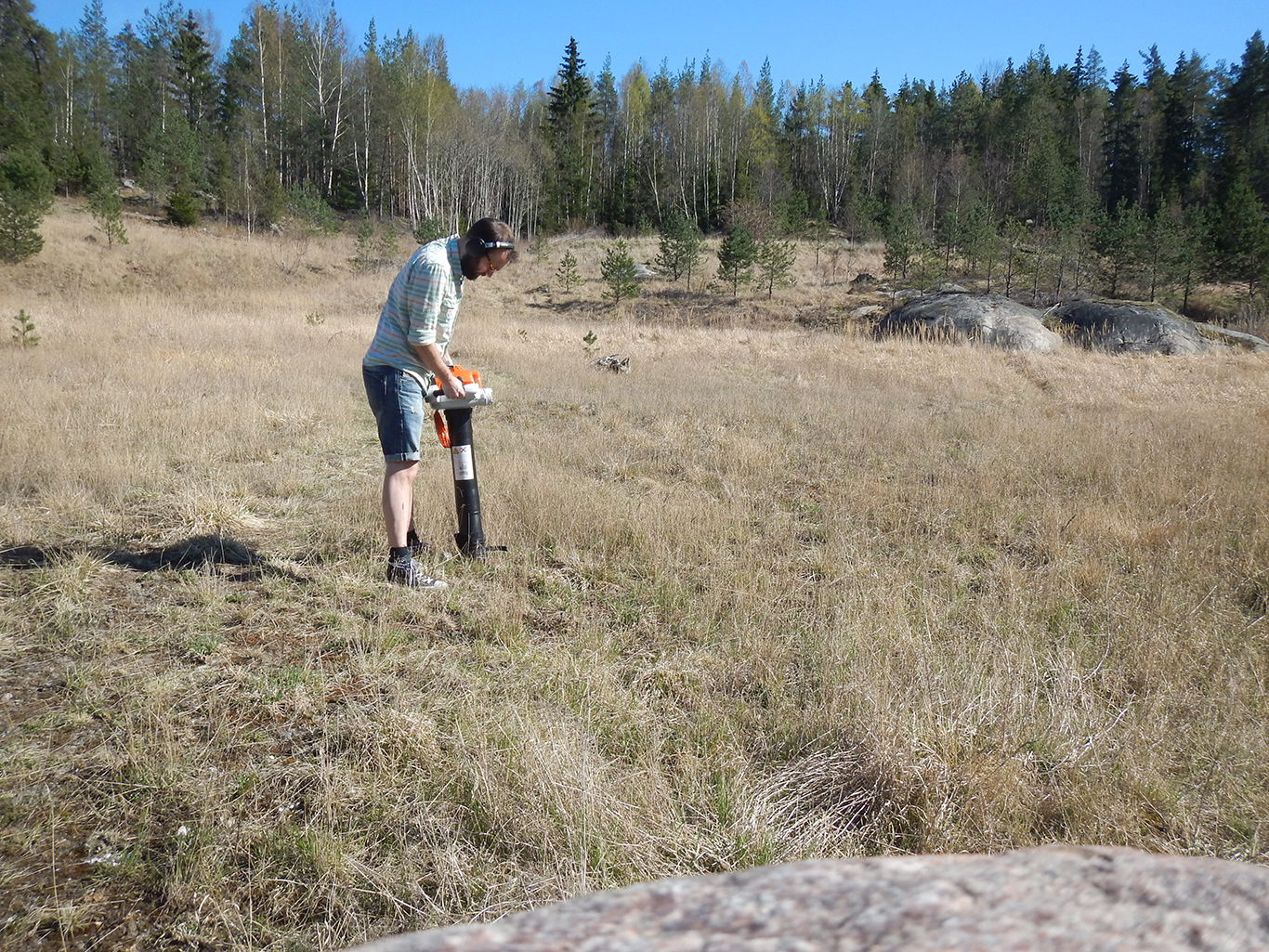