The project area is split between two regions in the southern parts of Sweden. One to the east, just north of Stockholm (Uppland county) and another along the south-west coast (Halland county).

The eastern sampling region consists of 25 mainly constructed wetlands (CW’s) situated in the agricultural landscape, with a rather wide range of characteristics, ranging from lake shorelines to wetland natural reserves.

The south-western region contains 50 wetlands which are also mostly situated in an agricultural setting. These are also mainly constructed wetlands that serves a variety of different purposes, ranging from nutrient retention to ice skating; and these southern wetlands also have water level loggers to monitor the hydrology of the wetlands. The southern wetlands also have water level meters in the main wetland in all locations, and also water level meters in the water courses to monitor the water flow in the landscape.

The maps show the regions in relation to eachother, and the distribution of the wetlands within each region. 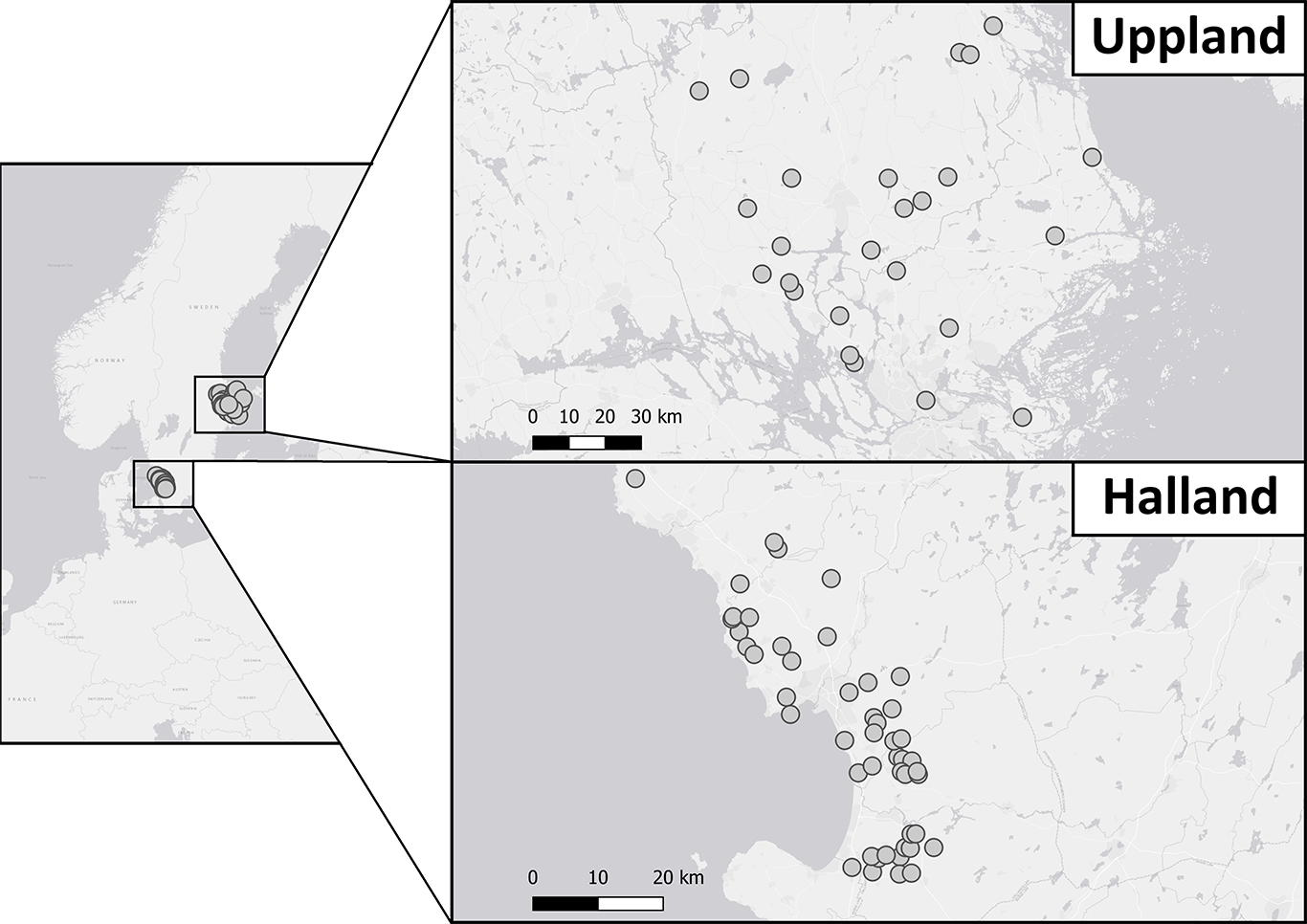